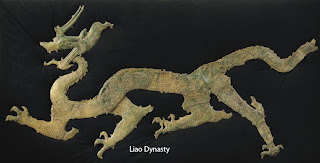 A partnership at a successfulÂ Private EquityÂ firm is one of the most rewarding, interesting, reputation-enhancing and lucrative jobs available anywhere. But, itâ€™s not without its perils.

This was brought home rather dramatically recently. A partner I know at a China-based PE firm (one of the best, incidentally) recently found out that one of the companies he recently invested in may, in fact, be fraudulent. I didnâ€™t ask for the details, and they werenâ€™t volunteered. I offered my commiserations, and expressed my hope that everything would work out satisfactorily for him and his firm.Â Â

This is not an isolated instance. Just recently, the four directors representing foreign investors’ interests in a Shenzhen-based credit company called Credit Orienwise Group, resigned from their directorships following the disappearance of its chairman, Zhang Kaiyong, in early September. Facts are still hard to come by, and may never become widely known. Credit Orienwise is a private company, and the investors are also under no obligation to disclose to the public just how much money has been lost in this fraud.Â Â

On paper, Credit Orienwise looked to be a good company. It bills itself as one of the largest private credit guarantee companies and lenders to small and medium enterprises in Southern China.Â Â

But, it now looks certain that some of the most experienced and well-managed PE investors in the world may have been defrauded.Â Â

Credit Orienwise had received more than US$63 million from four of the largest and most experienced PE investors operating in Asia: the Asian Development Bank, GE Capital Equity Investments Ltd., Citigroup Venture Capital International and The Carlyle Group. Itâ€™s hard to find a business in China with a more gold-plated group of investors. Could it really be possible that all four failed in their DD to uncover any actionable evidence, or strong suspicions that would have steered them away from making the investment? And then, once having done so, where was the corporate governance?Â Â

This looks to be a failure by investors of very dramatic proportions.Â Â

Of course, investors â€“ even the best â€“ sometimes lose money. I recall someone once asking Warren Buffett for his worst investment decision. He smiled and said, â€œHow much time do you have?â€Â Â

Markets change quickly.A management group can pursue a flawed strategy or fail to execute efficiently. All these â€œoperational risksâ€ are present, to some extent, in any investment. But, the risk of being defrauded is something else. Itâ€™s precisely the one risk thatâ€™s meant to be neutralized through effective DD and deal structure.Â Â

Itâ€™s likely over 20 senior professionals â€“ from PE firm partners to accountants and lawyers â€“ were directly involved in the Credit Orienwise DD. Could all of them been swindled by Credit Orienwiseâ€™s Mr. Zhang? Perhaps. But, one thing is sure: those closely involved with this deal will neverâ€“should never — recover from this stain on their careers.Â Â

Is investment fraud more widespread in China?Â  Circumstantial evidence might suggest so. Itâ€™s probably the biggest career threat to a PE and VC investor working in China.Â

In my own experience as a VC, Iâ€™ve not had personal experience with an investment that turned out to involve fraud. I suspect this is true of most VCs and PEs. Fraud is rare, just because it is usually fairly easy to detect ahead of time â€“ if not in the DD materials, than in the comments and character of the companyâ€™s leadership.Â

Greed and prudence are the two core principles that guide the actions of a VC or PE investor. Which of these is the most important? As stories like this one involving Credit Orienwise suggest, itâ€™s better for the PE or VC investor, especially in China, to let prudence be the final arbiter.Â

This is the right approach to direct greater bank lending to China’s best and most credit-worthy small businesses. A more efficient loan market will improve the overall returns for private equity investors, as it will lower the cost of capital, during early phases of growth, for the best SMEs.Â

China yesterday did what many economists expected it to, and cut both the lending rate and the reserve requirement on banks. The move is intended to serve as a classic monetary stimulus as China faces its biggest economic test since 1978. But a different, paradoxical, strategy might be better: a stimulative tightening.

On the face of it, China’s problems don’t look all that unusual in the region. Real export growth has slowed to around 10%, although the turmoil overseas suggests this is about to get much worse. The bigger problem is the domestic real estate market, the other main driver of Chinese growth, with sales contracting more than 50% in recent months. China is at risk of its first real simultaneous downturn in external and domestic demand growth since 1996.

The solution in a normal economy would be an interest rate cut. Indeed, Beijing yesterday cut the lending rate to 6.9% while also reducing bank reserve requirements by 0.5 percentage points (exact requirements vary by bank size), both moves intended to boost liquidity. The underlying structural cause of these economic problems is unique to China, however. Despite 30 years of economic reform, the most important price in the economy — the price of money — is still controlled.

The undervaluation of the yuan, which can be inferred from the tremendous build-up of foreign exchange reserves, has sparked overseas calls for revaluation. Beijing has responded, allowing the yuan to appreciate 8% or so this year. That rise has only encouraged further inflows, however, so Beijing has held interest rates low to avoid exacerbating the inflow problem. Combined, these policies are the classic recipe for a bubble. The liquidity inflow creates an excess supply of money, and low nominal interest rates — 7.2% at the moment, well below nominal GDP growth of 20% — create the excess demand.

Beijing’s response has been to cap loan growth through regulation. Banks have been ordered not to lend, instructions which in particular this year have been backed up with sterilization, the government’s soaking up of excess yuan. Bank lending growth is now around 15% a year. That’s a big number in absolute terms, but not in the context of China’s rapid growth. The stock of outstanding credit has fallen relative to the size of the economy, closing in on 100% of GDP now from 125% of GDP in 2003. In the same period credit in the U.S. has ballooned to almost 180% of GDP — not even including the liabilities of the super-leveraged financial sector.

At first blush it looks like China’s banking straightjacket has protected the banks from themselves and the economy from the banks, in contrast to events elsewhere. The problem is that these policies are preventing banks from developing the risk management and other skills needed to make them self-supporting commercial institutions.

It is the government that decides how much lending occurs. Within what are effectively credit quotas it would in theory make sense for the banks to lend to companies that have the best ability to repay. In practice, though, there is little value in being too choosy. Banks can fulfil their quota with profitable firms by lending to pretty much any company that walks into the bank on Jan. 1 each year. In this environment, it is likely that the banks lend almost exclusively to the customers they are most familiar with.

One consequence is that smaller start-ups in the private sector find it harder to get credit, despite relatively low interest rates. This is why it is so important for Beijing to raise rates to replace the banking straightjacket, the regime of administrative measures and sterilization that has controlled lending growth so far. Under this new policy, credit growth would be controlled via the price rather the quantity of money. Only then will China’s banks begin to learn how to judge risk, and thus wean themselves away from state-owned enterprises and start lending to the more dynamic private sector.

This transition would have huge economic consequences. Most evidence suggests the small private firms are the most productive in China, and are also the most employment-intensive. Their development is stunted because credit rationing denies them money from the banks. Instead, they are pushed to the informal credit market, where interest rates can be as high as 40%. Indeed, even a borrowing rate in the formal banking sector of 15%, more than double the current rate, would be low for the army of small and medium-sized enterprises.

Which is why a nominal tightening via an interest rate hike wouldn’t necessarily be a tightening in practice at all, if banks in the meantime are released from their straightjacket of administrative controls and sterilization. By encouraging banks to think for themselves and thus potentially giving smaller enterprises access to relatively more affordable bank credit, a policy of easing by tightening might end up being just what China needs.