As the Chinese National Congress meets this week in Beijing to plot the course of the Chinese economy in 2009 and beyond, itâ€™s worth reflecting what an exceptional, juddering year 2008 was. Sure, the Olympics stole most of the headlines, and provided the lasting images of Chinese progress and triumph. But, those images also dulled, in many respects, our perceptions of the brunt force of the economic blows China sustained during 2008. Make no mistake, 2008 was a year of challenge, disruption and dislocation not seen in China for a generation or more.Â

The year started with the worst winder storms in decades. This was followed, just months later, by the cataclysmicÂ WenchuanÂ Earthquake in Sichuan. Beyond the colossal loss of life and destruction, the earthquake had a much broader, unprecedented social impact across China. There was an enormous outpouring of national compassion and grief. While wholly positive as an expression of Chinaâ€™s rightful growing self-confidence, this vast prolonged period of national mourning also had a very direct and negative impact on economic activity. For weeks if not months, as I saw firsthand, there was a tangible unwillingness to spend as freely, to enjoy life as unabashedly as in the years previously. It was as if much of China received some intimation of their own mortality in the wake of the Sichuan Earthquake.Â

Next came an accelerated fall in property values across much of China. Alongside this, the stock market fell sharply. These two, the property and stock markets, are the main stores of wealth for many middle class Chinese. People felt poorer because they were poorer. The fall of both property and share prices wiped away billions of dollars in national household wealth. People in their hundreds of millions were suddenly poorer, as household net worth plummeted, and Chinese pulled back even more strongly from their spending. Then, in late summer, came the financial tsunami in the USA, with the credit crisis, the collapse of Lehman Brothers, and the intensifying recession.Â

Any basic college economics textbook â€“ to say nothing of common sense — could foretell the next step: a fall in overall confidence levels among Chinese consumers. This further muffled already depressed levels of personal spending.Â

Weâ€™re now well into the first quarter of 2009, and my own sense, after spending these last three weeks in China, is that the cumulative impact of all of 2008â€™s bad news is still being felt, acutely. However, my sense is that the worst may indeed be over, and that 2009 will be a year of rebuilding and reasserted economic confidence in China.Â

Of course, when talking about general economic trends in the worldâ€™s third largest economy, a lot of the clarifying detail gets lost. But, we have a real sense, in our day-to-day work, of just what an extraordinarily difficult year 2008 was for even the best Chinese businesses. Our firm, China First Capital,Â  has focused on serving China’s middle market private Small and Medium Enterprises (SMEs), assisting them with capital-raising strategic M&A and other financial transactions.

Unlike traditional investment banks reliant mainly on short-term transactions, China First Capital’s role as financial and strategic advisor to Chinese SMEs often begins at early stages of corporate development and continues through the capital raising process from private equity to a successful IPO and beyond to global leadership.Â

Even our strongest clients had a tough time in 2008. In one example, a business that is one of Chinaâ€™s leading consumer fashion brand, maintained outstanding growth last year in overall revenue, with domestic sales rising by 30%.Â  Thatâ€™s mainly testament to the companyâ€™s no less outstanding management and brand-positioning. But, the bottom line was less stellar. Profit margins were squeezed, and the company earned half as much in 2008 as it expected to as late as July 2008. That represents a shortfall against plan of almost $6mn. That equates, of course, to having less money to invest in building on that growth rate in 2009.Â Â

They remain a great company, and thereâ€™s little doubt 2009 will be a better year. But, when we met with them recently, the companyâ€™s financial management are still reeling from the brutal effects of 2008. If nothing else, it drives home as little else can the importance of fortifying the companyâ€™s balance sheet, which has been overly-reliant on retained earnings and short-term bank loans to finance growth. This client, like the Chinese economy, has weathered the once-in-a-generation turmoil of 2008. Better days lie ahead — my bet is sooner, rather than later.Â Â 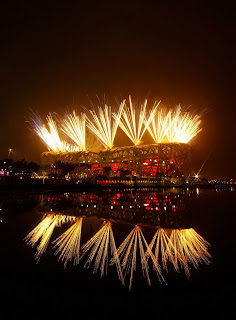 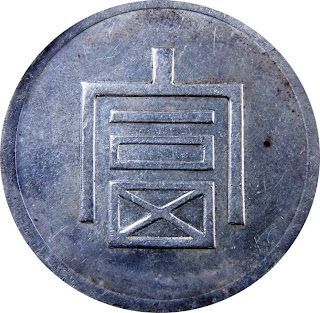 Not long ago, just to ask the question would invite ridicule. But now, after the almost-halving of Chinese share prices so far in 2008, itâ€™s more than appropriate to ask, â€œAre Chinese company valuations too low?â€

My answer? Yes, they are too low.

According to the MSCI index, the current average PE ratio of all quoted Chinese companies is 16X, equal to Japanâ€™s, and lower than the 18X average for US-quoted companies. In other words, investors are willing to pay more, on average, for a companyâ€™s earnings stream in the US than in China. And yet, of course, profit growth in China is, on average much higher.

Itâ€™s not at all remarkable to find Chinese companies whose profits are growing by over 40% a year. In fact, among our clients at China First Capital, thatâ€™s the norm, rather than the exception. Some clientsâ€™ profits double year after year. Not very many, if any, Â US companies can match that rate of growth, for the simple reason that the overall US economy is stagnant, while Chinaâ€™s continues to roar along at a +10% growth rate. Corporate profits form a part of the calculation of gdp growth, and itâ€™s historically true that corporate profits just about everywhere grow faster than the underlying economy.

Thatâ€™s what makes the current PE valuation for China something of a conundrum. PE ratios are an expression, after all, of collective sentiment on the future rate of corporate profit growth. Clearly, Chinaâ€™s is now, and will likely remain for quite some time, higher than not only the USâ€™s, but the rest of the worldâ€™s. Â

Itâ€™s not hard to find good reasons for this steep drop in Chinese valuations this year. Bad news has come not as single spies, but as entire regiments in 2008. Natural disasters (the worst winter weather in 50 years, and then the horrific earthquake in Sichuan), the steady appreciation of the renminbi effecting Chinaâ€™s export competitiveness, the slowdown of the US economy, the end of pump-priming government spending in the run-up to the Olympics, the global rise in oil prices, and a near-doubling in inflation to +7% all contributed to investors loss of confidence, and with it, a decline in Chinaâ€™s share values.

But, this look like a classic case of a market overcorrecting. The decline in share prices, and with it Chinaâ€™s average PE ratio, certainly seem excessive. Â The fundamentals are still very solid for very many Chinese businesses. Corporate profits, though under pressure in China as elsewhere, can sustain themselves at very high rates of growth. Chinaâ€™s best companies are improving margins, improving efficiency, quality and productivity, and focusing on the fast-growing Chinese domestic market. Â In other words, good companies in China do exactly what the good ones in the US do â€“ get stronger and leaner when times get tougher.

It seems to me that valuations will rise again soon, maybe not to the dizzy heights of a year ago, but to a level reflecting this one fundamental truth â€“ nowhere else on the planet will corporate profits on a whole grow as fast, for as long into the future, as they will in China.Â