In an interesting discussion this week in Shenzhen with a very smart and capable lawyer (Ke Luo of Fangda Partners), I learned about a small, but growing backlash against the Top Tier private equity firms working China. Evidently there have been some articles in the Chinese press voicing criticisms of their approach and methods, and comparing them unfavorably with Chinese domestic investment companies.Â

Upfront disclosure: we choose to work only with the 70 or so Top Tier private equity firms active in China, as we believe they are the best investors for companies with the greatest potential, adding more value, beyond just capital, than any other source of investment.Â

A main point of contention: the ratchet and performance provisions of most of the top private equity investment deals in China (and everywhere else in the world). These are the provisions, incorporated into the final closing share purchase agreement, through which the PE firm gains greater ownership in a company theyâ€™ve invested in if the company fails to meet previously agreed revenue, profit or margin targets. Â Â

Itâ€™s a penalty for underperformance. And a very effective and focusing one. Itâ€™s not uncommon for these ratchets provisions to specify that the PE firm can gain an additional 10-15% ownership, at no additional cost, Â in a company that fails to meet the annual targets.Â

In good economic times and in solidly-run companies, ratchet provisions are very rarely put into effect. So, they are a generally just a ghoulish contingent presence in every PE investment contract, the stick that compliments the carrot of a PE firm investing in your business. I know from personal experience that the concept can seem very off-putting â€“ even frightening â€“ to some Chinese bosses: that the PE firm will, for example, go from owning 25% of his company to 40% of his company if the owner has one year that falls below the projected levels of profit and revenue.Â

Weâ€™re not in good economic times at the moment, so itâ€™s a certainty that more ratchet provisions will be triggered this year. This is what is behind some of the complaining in the Chinese press about international PE firms. Chinese investment firms apparently donâ€™t often include ratchet provisions. The implication of the articles is that a Chinese company is better off taking money from a Chinese investment company, and so free itself from the possibility of a sort of â€œtakeover by stealthâ€, as the PE firmâ€™s ownership ratchets upward with each year of under-target performance.Â

On the surface, ratchet provisions are a very fat, very easy target. So, no surprise some in the Chinese press are attacking them. But, itâ€™s a very incomplete, unfair â€“ and even financially illiterate â€“ criticism to say that because of performance ratchet provisions, a Chinese company is better off taking money from a Chinese investment company.Â

Chinese investment firms may not use performance ratchets, but they have a variety of other serious weaknesses. Believe me, Iâ€™m no fan of ratchets of any kind, and work hard in negotiations with PE firms to eliminate their potential for causing harm to our clientsâ€™ businesses. Â But, I still think, in almost all cases, a good Chinese private company is far better off taking money from a reputable PE firm than from a more loosely-run Chinese investment business.Â

The reasons are many. But, the most deep-seated are based on an appreciation of what an outside investor can and should provide a strong Chinese SME company besides just capital. Money, famously, all spends the same. So, taking $10mn from a rich uncle or from a leading private equity firm is no different, in terms of what the money can buy â€“ a new factory perhaps, or expanded marketing and sales, or an acquisition.Â

The key difference is that the best PE firms are going to do a lot more than just write a check and then wait for the riches to flow three years later at IPO. They are going to get deeply involved assisting the company to improve all areas of its operations, implementing best practices in areas like financial accounting and corporate governance, as well as providing real expertise on hard core sales and operational issues. They also know, from past successful experience, how best to guide a private company towards a successful IPO, whether on Chinaâ€™s domestic stock market, or abroad.

A Chinese investment company, from what I can gather, does not have the experience, the management talent â€“ or even the inclination â€“ to be involved in such a detailed fashion with the companies it invests in.Â

I believe, based on my own practical experience, Â that the good PE firms often really do make a significant difference inside a company, enabling it to get further faster than it otherwise would. Of course, PE firms can be a pain to work with. This goes way beyond the potential for a ratchet provision to be triggered. The good PE firms act as fiduciaries for their Limited Partners, and so require a massive amount of due diligence before investing, and no less enormous information flows (generally on financial performance) after an investment is made. They want quarterly board meetings, and often hold veto rights on any spending above $500,000 or so.Â

But, in return, the PE firm will go to the furthest limits of its collective abilities to make sure the Chinese company succeeds above and beyond even what the boss of that company could expect. A domestic Chinese investment company? Most likely, they have had little experience with leading good companies toward successful IPOs, little operational knowledge, little desire to commit so thoroughly to adding value inside a company.Â

So, yes, performance ratchet provisions are nasty. However, they should never come into effect â€“ if the company and the PE firm are doing everything in their power to keep the business growing. The PE firms, contrary to the way it may appear, do not Â want performance ratchets triggered any more than the companyâ€™s owner does. Itâ€™s also going to reflect badly on the PE firmâ€™s judgment and abilities, and so make it harder for them to continue to raise money for future investment.

In other words, every time a performance ratchet is triggered, it gets harder for that PE firm to continue to thrive. They would rather own a smaller share of a solid company thatâ€™s meeting its targets, than a bigger share of one that isnâ€™t. 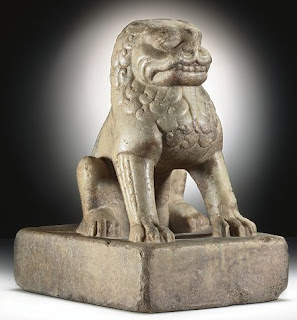 Time zones, languages, continents and business models may change as you cross the Pacific, but the Private Equity Term Sheet remains the same.

This is my conclusion after seeing the first Term Sheets arrive for our China First Capital clients recently. This is a happy moment â€“ not so much for ourselves, of course, but for the entrepreneurs and PE firms we are fortunate to work with. For me, seeing these first Term Sheets is cause for reflection and, I hope,Â  some insight, on the constant truths of the equity investment process.Â

Iâ€™ve been involved in quite a few Term Sheets for US venture deals over the years. I was surprised to find the Term Sheets this week very familiar, even though the investor and the target company are both based in China. In every other respect except the Term Sheet, the circumstances couldnâ€™t be more different than a typical US venture deal — the governing law,Â  the industry, the companyâ€™s ownership, the likely timing and nature of the exit.Â

So, why, despite all these vast differences, are there such deep similarities in Term Sheets? Start with the fact that thereâ€™s commonality in the approach of all good institutional investors: they all must exercise fiduciary responsibility on behalf of those whose money they are investing. This, in turn,Â  means the due diligence process needs to be thorough and professional, and the terms under which investments are made be sufficiently protective of the source of the invested capital.Â

This fiduciary duty is made concrete in many of the standard provisions of a Term Sheet, whether that Term Sheet originates in Palo Alto or Shanghai. Indeed, the majority of the text in a Term Sheet is there to protect the fundâ€™s Limited Partners from bad outcomes: share structure (preferred), board seats, liquidation preferences, anti-dilution provisions, preemptive rights, matters requiring special approval, performance guarantees.Â

The other big element of any Term Sheet, of course, is where the PE or VC firm is asserting primarily its own interests. The two most obvious areas: expiration dates and â€œno shop clausesâ€.Â  I was mildly surprised to see these in the Term Sheets recently submitted to clients of China First Capital. Iâ€™d mistakenly thought the â€œno shop clauseâ€, in particular, Â expressed a very local, American legalistic reality. In business negotiations, Americans need to specify as much as possible in writing, to protect against the ultimate evil of American business life: business litigation.Â

Chinese, though, seem to have a far less obsessive need to document everything in writing, and certainly donâ€™t have the same persistent, gnawing fear of litigation. Itâ€™s a â€œguanxiâ€ society, where trust between individuals forms a more insoluble bond than any contractual term.Â

A part of me, therefore, wishes the â€œno shopâ€ clause hadnâ€™t crossed the Pacific. I view them as the Pre Nuptial Agreement of the PE and VC investing world. They can create an air of mutual distrust, at a time when both sides are trying very hard to build a lasting partnership.Â

A Term Sheet should serve the same fundamental goal: to allow great PE investors to put capital to work in truly outstanding investment opportunities, while limiting risk for the owners of that capital. Iâ€™m excited that the Term Sheets Iâ€™ve reviewed this week, once finalized, Â will achieve this goal, and achieve phenomenal outcomes for everyone involved.Â