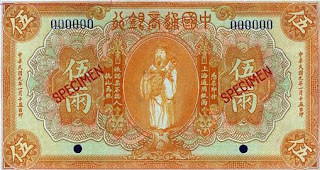 That sound you just heard was the IPO window slamming shut for venture and PE-backed companies in the US. In the second quarter of this year, not a single US company went public. This is the first time this has happened since 1978, when the US VC and PE industry was 1% its current size. In other words, these are unusually tough times for the US venture and PE community.

Will China soon follow suit? Not likely, in my view. In private equity, as in so many other industries, China and the US are becoming more and more decoupled. Chinese companies will continue to go public, on the US market, as well domestically and in other Asian markets, including Hong Kong and Singapore.  I remain very optimistic about the prospects of Chinese companies now getting PE and venture finance – and no less optimistic about how well many of these investments will do for the PE firms that are investing. For Chinese companies, IPOs and other exits, including trade acquisition,  will continue, at exit values that will reward those investing at typical pre-IPO multiples in China of 6-9x last year’s earnings.

Why the different path for Chinese and US companies backed by PE and VC firms? Start with the economy. The US is going through a period of very slow growth, close to, but not yet in, a recession. This, plus the effect of high oil prices, have weighed heavily on the US stock market, which in turn, limits the appetite among investors for IPOs by US companies. IPOs are traditionally far more difficult to arrange during a time of falling stock prices.

China’s stock market – as well as those of Singapore and Hong Kong – have followed the US down. That correlation between stock markets still exists. But, even during a down market, Chinese companies can still succeed with a public offering. In Hong Kong, whose overall market has fallen by 18% so far this year, Chinese companies are still going public at a rate of about one a day.

What explains this? A big part of it, in my view, is that too much venture and equity capital in the US has gone into technology and biotech, and less to established and profitable businesses. Don’t get me wrong. The technology market in the US is great, and I’m still active in the US venture community. But,  this heavy concentration on two sectors, technology and biotech, is itself a cause of the IPO drought of 2008. Those two industries tend to be both hyper-competitive and volatile. For every Google that goes public, there are dozens of tech companies that take VC funding and then disappear without a trace. A huge percentage of the venture funding goes to early-stage businesses, with zero or limited revenues, and perhaps only some untested IP.

So, while American VCs bet heavily on two high-risk/high-reward industries, the overall stock market is made up of many different sectors, with different rates of growth, maturity and different capabilities to respond to competition. In fact, the vast majority of companies listed on the US exchanges aren’t in the technology or biotech industries.

Let’s look now at Chinese companies getting PE and VC funding and going public. They are drawn from a far wider range of industries than their US counterparts. The Chinese PE market doesn’t focus on technology companies, or biotechs, or indeed on any single industry. This is a great strength. Chinese companies getting equity finance and then an IPO exit reflect, far more broadly, the overall composition of the stock market, and so the overall investor demand.

The other key differentiator  – the Chinese economy continues to grow strongly. It’s increasingly powered by domestic consumption, and will be for decades to come. This, in itself, creates enormous opportunities for the creation of very valuable businesses serving the Chinese domestic market – example:  consumer goods and the businesses that supply those producers.  We are working with a client that manufactures a key component used in disposable diapers, a market that will likely grow by upwards of 50% a year. Fewer than 15% of China’s babies are being swaddled in disposable nappies, compared to over 90% in most middle income countries.

My conclusion – as long as private equity capital in China continues to flow into great companies in a wide variety of industries, particularly ones that service the domestic economy, the Exit Window will remain not only open, but ever-larger.