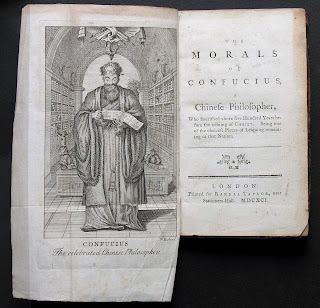 The worldâ€™s largest and soon-to-be second largest economies, the US and China, donâ€™t seem at first glance to have very much in common. The USA is a new country with an old political system. Itâ€™s a little appreciated fact that the US political system, coupling a federal democracy with capitalism, is now arguably the worldâ€™s oldest, since itâ€™s been going for 232 years without major changes. China, by contrast, is a very old country â€“ indeed the oldest of all nation-states â€“ but with very new, fast-evolving political and economic systems.

And yet, there are some powerful similarities, ones that appeal directly to me as a builder and financier of private companies. In terms of raw entrepreneurial talent and ambition, China and the US are all but identical. Now, granted, American and Chinese entrepreneurship can often take very different forms — the US is a mature economy that grows at a solid but hardly spectacular pace. Technology plays a key part in many of the best new entrepreneurial ideas. Think of Google or Facebook. China is booming, and every year, millions of move from subsistence farming to relative abundance, from have-nots to consumers. Â Opportunities abound, in the most basic industries like agriculture and mining, all the way to biotech and semiconductors.

Even so, the entrepreneurial foundation of both China and the US is plainly, and remarkably, visible. A reverence for hard work, vigorous personal ambition, a keen eye for spotting opportunity, these are qualities shared by the people of both countries. Itâ€™s why I am so optimistic about the prospects of both countries. And also why I think that China and the US are the two best markets for private equity and venture investment. Entrepreneurship, more than capital, is what drives the process of private equity finance.

Dig still deeper, and you find other important commonalities. In both China and the US, the government does not, thankfully, cripple what my favorite economist, Gary Becker of University of Chicago, calls â€œthe dynamic energies of the competitive private sectorâ€. My hope and belief are that this will continue to be the case for many years to come, and that China and the US will continue to offer great opportunities for building great private companies like those we work with at China First Capital.

Thereâ€™s always a conflict, in every large economy, between those who want to regulate and tax the private sector, and those who want to maximize the room for businesses to operate free of burdensome regulations and high taxation. Seen in the broadest terms, the US and China are together following one path, and Europe and Japan are following another. China and the US are still open to high-levels of commercial competition with limited government intrusion. This makes both countries more friendly toward the new ideas of entrepreneurs. Europe and Japan, by contrast, are more regulated, more taxed, more anti-competitive, and so less hospitable to the entrepreneurship that drives China and the US.

Entrepreneurs create wealth. Governments donâ€™t. Itâ€™s a fundamental reality best understood and practiced in the US and China â€“ and best understood, as well, by those whose capital is placed at risk in private equity deals. Capital goes to where the risk-adjusted returns are greatest. Today, thatâ€™s China and the US.

Â It will be true tomorrow as well.Â