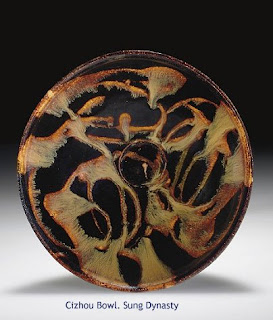 Quite possibly, these have been the two toughest weeks in the history of Wall Street. Two of the largest, most well-established investment banks (Merrill and Lehman Brothers) have been shattered by losses in mortgage and derivatives markets. Two others, Goldman Sachs and Morgan Stanley, are now converting to traditional bank holding companies. Other banks are teetering, and the stock market itself has experienced some of its largest one-day losses ever.Â

Amid all the change and turmoil, itâ€™s worth remembering just what makes Wall Street so central to the worldâ€™s financial industry. The US capital markets are both the largest, and the most liquid in the world. This is no less true today than it was a month or a year ago. As important is the fact that Wall Street has developed, over the last 70 years, a set of rules, procedures and best practices for raising capital. Â  These have become the de facto global standard. Put another way: Wall Street rules rule.Â

Iâ€™m reminded of this fact quite frequently these days. Weâ€™re in the process now, at China First Capital, of closing an investment round for one of our Chinese SME clients, from one of Asiaâ€™s most successful PE firms. The closing legal documents are weighty, running to over 300 pages in total. The governing law is Hong Kongâ€™s. But, the actual text of many of the documents comes direct from US private equity and IPO closings, including numerous references to the â€œSecurities Act of 1933â€, the basic foundational law for share offerings done in the US since then.Â

So, here we have a Chinese company obtaining equity capital from a Hong Kong-based investor, while the securities law cited is from the USA. It seems a puzzle at first, even allowing for the possibility our client may one day choose to list its shares in the USA. So, why the reliance on US law and practice?Â

Quite simply, because it comes closest to striking an ideal balance between the often competing interests of management and outside shareholders. In economics terminology, this is known as the â€œprincipal-agent problemâ€. (For anyone who wants to read more, Wikipedia has a decent summary: http://en.wikipedia.org/wiki/Principal-agent_problem). Â This describes the frequent, and often inevitable tensions that can arise between outside investors and the inside management that makes the day-to-day decisions. The management has access to far more information about a company than the providers of capital. Â Â Itâ€™s important to keep these divergent interests aligned. Thatâ€™s what a lot of US securities law assures. It does so by mandating, for example, how often board and shareholdersâ€™ meetings must be called, with what kind of notice period, and what rights an investor has to inspect the books and records of the company theyâ€™ve put money into.Â

For private equity deals, the US has also evolved a series of specific protections for investors. These rules make sure, for example, that an investor has the right to sell its shares in a public offering, and to be kept fully informed during the IPO process. These are essential for the proper functioning of the global private equity industry. As youâ€™d expect, the investor rights figure prominently in the closing documents for our client. I recognize the terms and conditions, since Iâ€™ve seen them, more or less verbatim, in PE and VC deals Iâ€™ve worked on in the US.Â

So, while Wall Street may be undergoing the most far-reaching changes in several generations, itâ€™s leadership position is unchallenged in resolving these principal-agent problems, and making the flow of capital more ample and more secure than it would be under any other legal structure.Â