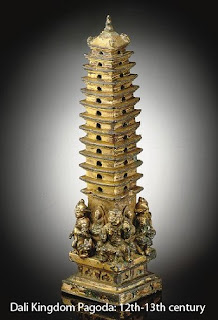 How much is an asset worth? When the asset is a Private Equity stake in a high-growth private Chinese company, itâ€™s as much a question of timing and sentiment, as underlying value.Â

Itâ€™s clear as 2008 ends that the steep falls in world stock markets this year are causing a general reappraisal of valuation multiples in PE deals in China. This is logical, and inevitable.Â

Itâ€™s logical, because entry and exit multiples canâ€™t be completely decoupled. When share markets fall, so do price-equity multiples for most public companies. Their unquoted peers should track downward also.

The element of inevitability is that in many instances, the multiples on some PE investments in China had reached unsustainably high levels. How high? That depends who you ask. To me, if the multiple exceeds ten times trailing earnings, for a company in anything but exceptional cases in the high-tech or healthcare sectors, Â the price is too high.Â

PE firms chased valuations up. Now, they are chasing them down.

As recently as this spring, there were still investments being made in China at multiples of 12 times or higher. Itâ€™s hard to imagine those same deals being done now at anything like that price.Â

Usually, the high multiples were the outcome of a bidding war, where several PE firms were competing for the chance to invest in a Chinese company. Iâ€™m all in favor of this, that PE firms should compete for good opportunities. Like any competitive bidding process, it results in a fairer price to the seller.Â

But, while a competitive market is a good thing, the high-altitude double-digit valuations are not. They create, at the very least, additional and unwanted pressure, post-investment, on companies to pursue growth at all costs. This is the only way a PE firm could hope to make a decent return.Â

The more malign effect, in my view, is that they give false signals to the market: specifically, they can create valuation expectations among other laoban that are unrealistic and unattainable. This can then delay or even eliminate the possibility of these firms raising the PE funding they will need. That is in no oneâ€™s interest.

I met this past week with a couple of very smart, seasoned PE investors in Shanghai. All are expecting a more active period of investing ahead as the New Year begins, after several months of greatly reduced deal flow. They are also, of course, expecting lower valuations than were the case earlier this year.

As we all know, markets have a tendency to overshoot. I sense, perhaps, that the PEs are looking now for valuations that are as unrealistically low as they were unrealistically high just a few months back.Â

This is a problem almost as severe as overly-high valuation expectations among companies. Low ball valuations (by which I mean low to mid- single digits) are only going to appeal to companies that have no other financing options, or who foresee problems ahead in their business â€“ problems they will try to keep hidden from a potential PE investor. In other words, a company that would take money at three times last yearâ€™s earnings is probably one best left to its own devices.Â