It could have been the largest IPO in a year. Instead the canceled initial offering of Chinese pork producer WH Group became an epic flop and an example of the pitfalls of failing to accurately gauge investor demand for IPOs.

Eight months ago, in the biggest-ever Chinese acquisition of a US company, WH, then known as Shuanghui International Holdings Ltd, acquired Virginia-based Smithfield Foods Inc, the world’s largest hog producer, for $4.7 billion. Awash in kudos for tapping into China’s increasing demand for high-quality pork, a Shuanghui team began working on a planned Hong Kong IPO.

By late April, however, the proposed offering was in deep trouble. Bankers slashed the deal’s marketed value to $1.9 billion from $5.3 billion. Finally, the company, now renamed WH Group, announced it would not proceed with the IPO because of “deteriorating market conditions and recent excessive market volatility”.

The decision handed the company a setback in its effort to cut the more than $2.3 billion of debt it took on in the Smithfield purchase and dealt a blow to Asia’s already struggling IPO market and the stock prices of some formerly high-flying Asian companies. The WH IPO debacle is even seen as possibly hampering the much-anticipated New York IPO of Chinese e-commerce giant Alibaba Group, expected to occur later this year and valued at an estimated $20 billion. 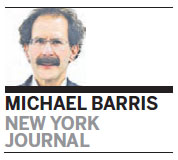 What went wrong? To put it simply, investors scoffed at the idea of paying top price for WH shares without any clear indication of how the Smithfield acquisition would save money.

The price range of HK$ 8 to HK$ 11.25 per share ($1.03 to $1.45) was at a valuation of 15 to 20.8 times forward earnings. “The synergies between Shuanghui and Smithfield are untested. Why do investors have to buy in a hurry?” Ben Kwong, associate director of Taiwanese brokerage KGI Asia Ltd, was quoted in the Wall Street Journal. “They would rather wait until the valuation is attractive.”

A disease that infected pigs, inflating US prices, also turned off investors. US pork typically trades at about half the meat’s price in China, because US feed tends to be cheaper. But Chicago hog futures have soared 47 percent this year to $1.25 a pound. Investors also saw corporate governance practices which awarded shares to two executives before the listing occurred as worrisome.

“I just couldn’t get over, in reading the SEC documents filed at the time of the takeover, the brazenness of it,” China First Capital CEO and Chairman Peter Fuhrman wrote on the Seeking Alpha investment website. “These big institutions seemed to be betting they could repackage a pound of sausage bought in New York for $1 as pork fillet and sell it for $5 to Hong Kong investors and institutions.

The Smithfield acquisition “never made much of any industrial sense”, Fuhrman wrote. The private equity firms behind WH – CDH Investments, Singapore state investor Temasek Holdings and New Horizon – “have no experience or knowledge how to run a pork business in the US. In fact, they don’t know how to run any business in the US”, he wrote.

One man’s meat, however, is another man’s poison. As Fuhrman wrote, the debacle has ended up putting smiles on the faces of the mainly-US shareholders who last year reluctantly sold their Smithfield shares at a 31 percent premium above the pre-bid price. Some of these same shareholders had protested that the Chinese company’s offer for the pork producer was too low. Ultimately, the sellers received the satisfaction of knowing they got the “far better end of a deal against some of the bigger, richer financial institutions in Asia and Wall Street,” Fuhrman wrote. And that, he said, has likely made them as delighted as pigs in muck.