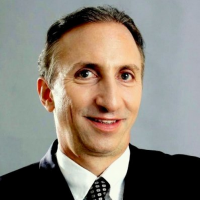 With about every major leading economic indicator in a tailspin, itâ€™s easy, even obvious, to be bearish about China. But, one sign of economic activity could hardly seem more robust: the crowds and cash at gambling tables during this yearâ€™s Chinese New Year.

The two-week long lunar New Year celebration finally drew to a close on Monday with the Lantern Festival. Here in Shenzhen, Chinaâ€™s richest city per capita, no sooner do the shops all shut down for the long break than the gambling tables spill out onto the street, like the cork flying out of a bottle. 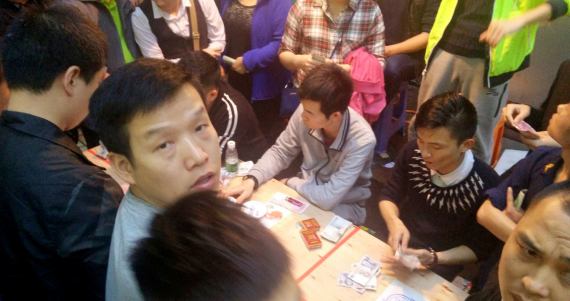 The two forces operating together â€“ not only at street corner casinos â€” are perhaps the best reason to be optimistic that Chinaâ€™s economy may yet avoid a â€œhard landingâ€ and continue to thrive.

Itâ€™s a game that requires no skill and one that also gives the house a huge advantage, since winning bets only make four times the sum wagered. This puts it in a somewhat similar league with punto banco baccarat, the casino game Chinese seem to like the most. Itâ€™s also game of pure chance, where the house has a built-in edge.

In China, gamblersâ€™ capital flows to games with unfair odds, where dumb luck counts for more than smarts. In this there is cogent parallel with the investment culture in China. China is simply awash in risk-loving risk capital.

Street-side gambling is popular during the New Year break in part because the other more organised mainstream forms of taking a punt are shut down. Top of the list, of course, is the Chinese domestic stock market. Itâ€™s rightly called the worldâ€™s largest gambling den. Shares bob up and down in unison, prices decoupled from underlying economic factors, a companyâ€™s own prospects or comparable valuations elsewhere.

The housing market, too, traces a similar erratic arc, driven far more by short-term speculation than the need to put a roof over oneâ€™s head. Billions pour in, bidding up local housing prices in many Chinese cities to a per-square-foot level higher than just about anywhere in the West except London, Paris, New York and San Francisco. Eventually prices do begin to moderate or even fall, as happened in most smaller cities this past twelve months.

Alibaba or Tencent are two that come to mind. But, initial public offering (IPO) exits for Chinese startups remain rare, and so taken as a whole, venture investing returns in China have proved meager. But, activity never seems to wane. Fad follows fad. From group shopping, to whatâ€™s known in China as â€œO2Oâ€ (offline-to-online) thousands of companies get started, funded and then often within less than 18 months, go pffft.

With the New Year celebrations winding down, the outdoor gambling tables in my neighborhood are being put away for another year. Work schedules are returning to normal. For all the headwinds Chinaâ€™s economy now faces, Chinese household savings are still apparently growing faster than GDP. This means Chinese will likely go on year-after-year amassing more money to invest, to gamble or to speculate.